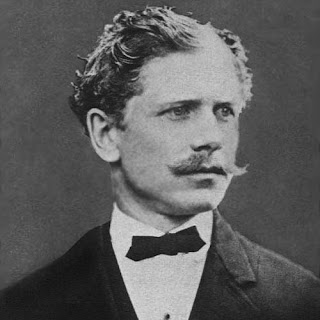 Ambrose Bierce was a writer and satirist whose strange tales were only rivalled by his even stranger real-life disappearance.

While Bierce wrote many influential stories exploring the American Civil War, which he had fought in, another of his impressive accomplishments was in the development of the weird tale in the 19th century. Indeed, some claim Bierce invented weird fiction itself.

Many of Ambrose Bierce's stories involve incredible, uncanny, frightening and unexplainable events taking place amid the mundane. Some of his stories verge on magic realism, a legacy which can be felt when reading later authors such as Rod Serling; while his documentary approach in some stories is very reminiscent of Stoker's Dracula.

Bierce has an economical style and does not waste one word in unneeded description. The fact that he can still scare without having to build dread in the reader through setting the scene, is testament to his accuracy as a writer.

Ambrose Bierce disappeared at the age of 71. Various theories argue what happened to him, with some claiming he was murdered in Mexico after riding alongside Pancho Villa. While this has never been verified, perhaps the mystery of his disappearance is the perfect coda to a life's work filled with the bizarre and unanticipated.

Ambrose Bierce Stories in the Vault