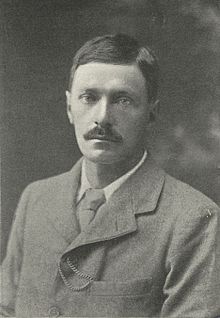 In many ways, Edward Frederic Benson is the rarest of horror writers. Not only did he succeed commercially and critically amongst literary critics, he also wrote in a variety of different genres. More impressive is the fact that he rarely, if ever, repeated himself. Indeed, this is his greatest legacy in many ways.

Benson was highly regarded by other horror writers and had deeper connection to M. R. James than perhaps any other. He was a member of the famous Chitchat Club where M. R. James would read his ghost stories for the first time.

It is clear through reading Benson's work that he was heavily influenced by James's stories, as they rely on much of the same building of dread and unease. Yet where James took his time and relied on academia as the muse of his tales, Benson tended to use dramatic flair.

There is perhaps no other living, or deceased, writer of supernatural fiction who created as wide a variety of stories as Benson did. Whether it's slug-like creatures, haunted houses or premonitions of catastrophe, Benson covered it all, often with imaginative talent.

Benson came from a family of writers, with his two brothers also writing ghost stories - and well - but it is Edward who is remembered most for his scope and prolific output.

The Confession of Charles Linkworth
The Room in the Tower