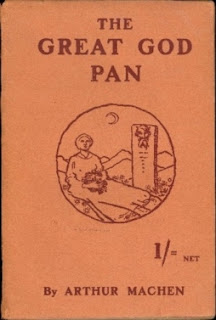 "I am glad you came, Clarke; very glad indeed. I was not sure you could spare the time."
"I was able to make arrangements for a few days; things are not very lively just now. But have you no misgivings, Raymond? Is it absolutely safe?"
The two men were slowly pacing the terrace in front of Dr. Raymond's house. The sun still hung above the western mountain-line, but it shone with a dull red glow that cast no shadows, and all the air was quiet; a sweet breath came from the great wood on the hillside above, and with it, at intervals, the soft murmuring call of the wild doves. Below, in the long lovely valley, the river wound in and out between the lonely hills, and, as the sun hovered and vanished into the west, a faint mist, pure white, began to rise from the hills. Dr. Raymond turned sharply to his friend.
"Safe? Of course it is. In itself the operation is a perfectly simple one; any surgeon could do it."
"And there is no danger at any other stage?"
"None; absolutely no physical danger whatsoever, I give you my word. You are always timid, Clarke, always; but you know my history. I have devoted myself to transcendental medicine for the last twenty years. I have heard myself called quack and charlatan and impostor, but all the while I knew I was on the right path. Five years ago I reached the goal, and since then every day has been a preparation for what we shall do tonight."
"I should like to believe it is all true." Clarke knit his brows, and looked doubtfully at Dr. Raymond. "Are you perfectly sure, Raymond, that your theory is not a phantasmagoria—a splendid vision, certainly, but a mere vision after all?"

THE CITY OF RESURRECTIONS

THE DISCOVERY IN PAUL STREET

THE LETTER OF ADVICE

THE ENCOUNTER IN SOHO