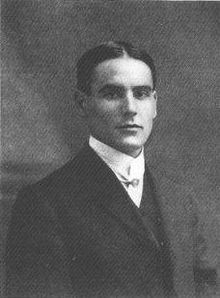 William Hope Hodgson was a prolific writer, and published a large collection of short stories, essays and novels - an impressive feat considering that he died at the tender age of 40, a casualty of the First World War.

Hodgson's tales occasionally mix cosmic horror with speculative science fiction, but what runs through his work is the lurking fear of the sea. Many of his best stories involve water or the ocean - and not sentimentally so - the terrifying almost abhorrent nature of the sea is representative of Hodgson's own experiences as a sailor at the age of 13.

While Hodgson died tragically, his hair raising stories of strange fungal creatures overpowering ships at sea and haunted investigations where all is not what it seems, influenced many writers who came after him, including a certain Mr Lovecraft. There is something mesmerising about Hodgson's stories, and many of them are sure to give readers a sleepless night or two.